Tractor-trailers and other large commercial trucks pose an increasing threat to motorists throughout South Dakota. The improving economy has put more trucks on the road, and the collision risks continue to rise amid a nationwide trucker shortage. 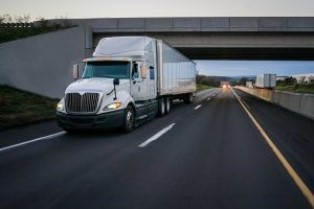 An experienced trucking accident lawyer in Sioux Falls will carefully review causation in all traffic collisions involving semis or other large commercial vehicles. Such carriers must comply with a host of special state and federal regulations that govern everything from truck maintenance and weight to daily drive time.

Consumer Reports is focusing on advances in safety technology, including forward-collision warning (FCW) and automatic emergency braking (AEB), in the fight to reduce the risks. Unfortunately, while such safety features are quickly being incorporated into passenger vehicles, the trucking industry has been particularly slow to embrace safety technology. According to Securing America’s Future Energy, a think tank in Washington, D.C., only 15 percent of the nation’s large commercial trucks are outfitted with FCW/collision-mitigation systems.

A government mandate requiring electronic hours-of-service compliance is finally being instituted this year. But mandates for other technology, including speed-limiters and on-board data recorders, have repeatedly failed to become law.

Today’s internet economy is also putting more and more delivery vehicles into suburban neighborhoods. Operators in urban and suburban neighborhoods have a greater chance of accidents involving bicyclists or pedestrians. Any time an accident involves a commercial vehicle, an experienced truck accident attorney in Sioux Falls should be consulted. In many cases, an at-fault driver’s employer will also face liability and can be held accountable to accident victims after such collisions.

Trucking companies must do a better job of incorporating safer technology into their fleets. UPS is an example of a company taking steps to update its fleet, retrofitting older trucks, and buying newer trucks with safer systems. More than half the company’s fleet of delivery vehicles should have collision-mitigation systems onboard in the next year or so, the company reports. Such systems will be increasingly necessary as more operators, including more independent contractors, will join those already on the roads.

If you or a loved one suffered injuries in a truck accident, contact Northern Plains Justice, LLP today, and find out how we can help you.