Clarifying Ambiguities in a South Dakota Will 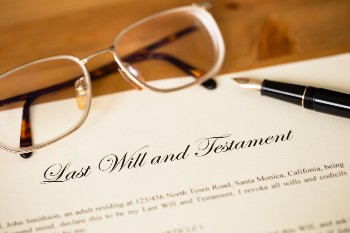 The purpose of a will is to control how the property, money, and other assets of the testator (the deceased person who created the will) are distributed. Normally, a personal representative is named to carry out the instructions in the will, collect any money owed to the estate, pay bills or taxes that the estate owes, and see that heirs and other beneficiaries receive what the testator wanted them to have.

In some cases, however, the will might be ambiguous. This means that it could be understood or interpreted in more than one way because of unclear language, contradictions in the instructions, or typographical errors. In such a case, the beneficiaries of the will are likely to interpret its language to their own advantage and disagree with one another over the testator’s intent. The personal representative’s duty is to carry out the intentions of the testator. Failing to do so could result in:

For these reasons, the representative might request assistance from the probate court to interpret the ambiguous language in the will correctly. The services of a lawyer are always recommended for such proceedings with the court.

When the language of a will is clear and specific, then the directions left by the deceased are to be followed exactly. No extrinsic (outside the will) evidence or circumstances can affect the interpretation of the deceased’s intentions. Extrinsic evidence can be considered, however, when the language of the will is ambiguous. Ambiguities in a will are generally divided by the court into two categories: patent ambiguity and latent ambiguity.

Patent ambiguity occurs when the actual language of the will is non-specific, unclear, or open to multiple interpretations. For example, if the language of the will states, “I leave my three cars to my three children,” there is no way to know whether all three children should share ownership of all three cars or each child should get one car. In the latter case, it’s impossible to know which child should get which car. The court would seek some sort of extrinsic clarification to understand and carry out the intentions of the deceased.

In some cases, the court might see fit to reform the language of a will to reflect the wishes of the testator if:

Some provisions in a will might also be invalid if the testator got legally married after drafting the final version of the will.

Are You a Personal Representative or Beneficiary of an Ambiguous Will in South Dakota? Contact Our Will Contest Attorneys Today.

If you’re a personal representative, an experienced wills and estates attorney can help you clarify ambiguities in the will and avoid making serious mistakes that could subject you to legal action. If you’re a beneficiary, we can help make sure you receive what your deceased loved one intended you to have. Contact us online or call us at 605-306-4100 to schedule a free consultation. Fees and expenses for clarifying ambiguities in a will should be paid by the estate.