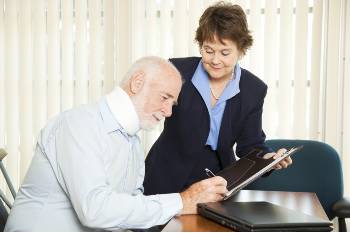 The fact that the truck accident in which you were injured was not your fault is the primary reason you should hire a truck accident attorney. You don’t want to end up paying your own medical and repair bills when the insurance company of the at-fault trucker who caused the crash is responsible for your damages:

The insurance company is not going to award you the compensation you deserve just because it’s the right thing to do. Insurance companies are in business to make profits. They do so by paying out as little as they can in accident claims. That’s why an insurance adjuster is likely to contact you while you’re recovering from your accident and try to convince you to:

When this happens, you should refer the adjuster to your attorney if you have one, rather than say anything that could later be used to reduce your award. If you don’t have a lawyer, say as little as possible and consult an attorney right away.

Why Truck Accident Cases Are Complex

A claim for a minor car accident in which there is little property damage, no serious injury, and low medical bills is most likely to be paid by the insurance company without dispute because it’s not very expensive. The victim of such a wreck might not need the help of a lawyer to get fair compensation.

A collision involving a commercial semi-truck and a smaller passenger car, however, is another story because of the size and weight differences between the vehicles. A fully loaded tractor-trailer can weigh up to 80,000 pounds, whereas a normal passenger car weighs closer to 4,000 pounds. A high-speed collision between the two is apt to result in major or total damage to the car and severe injury or death for its occupants. This means two things:

If you don’t have a lawyer, the company will make you a lowball offer that might not even cover your expenses—more or less daring you to sue.

Reasons to Hire an Attorney After a Truck Accident

An experienced truck accident attorney can make the difference between getting fair compensation and getting little or nothing from the insurance company. The following tactics are business as usual to a truck accident lawyer:

These are some of the ways in which your attorney can strengthen your claim and hold all at-fault parties accountable. In a truck accident case, there could be more than one person or entity that shares responsibility for your damages:

Your attorney will file separate claims against the various defendants, demanding different amounts of compensation according to their percentages of fault. The next step will be negotiations with each company. If the settlements offered aren’t acceptable, your lawyer will file one or more lawsuits against the liable defendants and fight for you in court.

The average person recovering from injuries would find it impossible to handle the legal duties listed above, which are all necessary to get fair compensation for your injuries. Since you stand to collect a substantially larger settlement with an attorney than without one, your lawyer’s services should more than pay for themselves.

You have nothing to lose and a great deal to gain by speaking to an experienced truck accident lawyer.  Contact us online or call us at 605-306-4100 to schedule a free consultation. You pay no attorney fees until we win your case.