What to Know about Sideswipe Accidents in Sioux Falls, SD 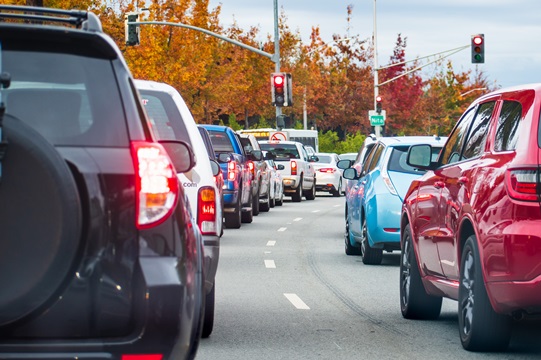 When the side of a moving vehicle strikes the side of another vehicle that’s either moving or stationary, a sideswipe accident has occurred. Although the property damage from a sideswipe might not be as serious as the damage caused by other types of crashes, a sideswipe can still leave accident victims injured, and a small percentage of traffic fatalities result each year from sideswipes, according to the Insurance Information Institute.

If you’re hurt in a sideswipe wreck caused by someone else, you’re entitled to file a claim against the at-fault driver’s insurer for your medical expenses, property damage, lost income, and pain and suffering.

Common causes of sideswipe accidents include:

A motorist distracted by eating, drinking, adjusting a radio, looking at a GPS device, using a cell phone, minding children, putting on makeup, or having a conversation with a passenger might drift into an adjacent lane or be unaware of the proximity of other cars.

A driver who is unalert, drowsy, or even asleep at the wheel due to fatigue can easily drift into another lane or strike a parked car.

The use of drugs or alcohol, which affects eyesight and slows reaction time, is a factor in many sideswipe accidents.

Motorists who speed, ignore traffic signals, make fast turns, and change lanes or merge without checking mirrors and blind spots are apt to sideswipe nearby cars.

Drivers experiencing road rage might drive too near the side of another car to shout insults or make offensive gestures. An extremely angry driver might even sideswipe another car intentionally to run it off the road.

Faulty brakes, steering systems, wheels, or tires can cause a driver to lose control and sideswipe a nearby vehicle.

Inclement weather or bad roads can cause a driver to veer or drift into an adjacent lane or strike a parked car.

Whatever the reason for a sideswipe crash, the driver who veers into your lane or hits your car while it’s parked is generally considered negligent and responsible for your damages.

While a sideswipe usually does not cause the degree of vehicle damage that a head-on or rear-end accident does, sideswipe victims do sustain injuries in many cases. Common injuries include the following:

The at-fault driver’s insurance company is responsible for all medical expenses and lost income (up to coverage limits) resulting from your sideswipe accident.

When You Need an Attorney

If you do not suffer serious injuries or lose time from work due to your sideswipe crash, you might not need a lawyer to help you seek compensation. As long as the insurance company does not dispute your claim, you could possibly get a settlement to cover your property damage without legal help. On the other hand, if your injuries require medical treatment and prevent you from returning to work right away, you could have a significant claim against the insurer, which might try to fight you or say that you were partially at fault in order to reduce the amount of compensation you can claim. In such a case, an experienced attorney can work to increase your chances of getting a reasonable settlement by:

A Sioux Falls personal injury lawyer will offer you a free first consultation to evaluate your case and tell you where you stand, so you have much to gain and little to lose by consulting us as soon as possible after your sideswipe wreck. Contact us online or call us at 605-306-4100 to schedule a free consultation. We serve clients throughout South Dakota and northwest Iowa. You pay no attorney fees until we win your case.