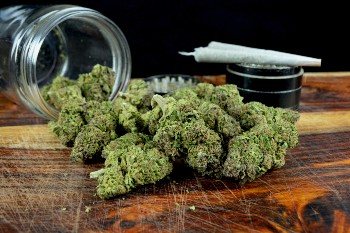 In November 2020, voters approved the sale and use of both medical and recreational marijuana in South Dakota. In other states where marijuana use has been legalized, there’s been an increase in the number of people driving under the influence of the drug. There have also been increases in the number of car accidents and auto insurance claims, so it only makes sense that similar results could occur in South Dakota.

If you are injured in a South Dakota car accident caused by a driver under the influence of marijuana, even though it is now legal, the driver might be found negligent for driving under the influence of the drug. This means you can file a claim against the driver’s insurance company for your medical expenses, lost wages, property damage, and pain and suffering. However, you will have to prove negligence to succeed and collect fair compensation.

The Difficulty of Testing for Marijuana Use

The National Highway Traffic Safety Commission has found that a concentration of THC (the intoxicating chemical in marijuana) in a driver’s bloodstream can impair reaction time, judgment, and motor coordination. Since breathalyzers don’t detect THC, law enforcement personnel use other field methods to test for it:

None of these tests, though, is precise or reliable for THC detection. While more accurate blood and urine tests can be given later when the driver is in custody or at a hospital, the levels of THC might have changed since the wreck. Unlike alcohol, marijuana stays in the bodily fluids for days or weeks after intoxication, so it can also be hard to know how long before the accident the driver used the drug. For these reasons, it’s difficult for police to know if the driver who’s caused your accident was negligently impaired at the time of the crash. Still, any evidence of cannabis use by the at-fault driver can be helpful to your case.

Using a Combination of Evidence to Build Your Case

Even though negligent marijuana impairment is not easy to prove, the use of cannabis can still be a factor in your claim when it’s combined with other evidence of negligence. All the types of evidence normally presented in a car accident claim can make a stronger impact when there is also evidence of marijuana use.

The defendant’s insurance adjustors will usually investigate the accident first to decide who’s at fault. They might admit that their driver was negligent, or they might deny fault and dispute your claim. In that case, your attorney can conduct an independent investigation, utilizing all available evidence to prove negligence:

If video footage, photographs, or skid marks show, for example, that the driver changed lanes too suddenly without signaling, pulled into traffic recklessly, or reacted slowly to traffic signals, your lawyer can use this evidence to raise the suspicion that the marijuana in the driver’s system might have been a factor. This will strengthen your case in the claim against the insurance company or in a personal injury lawsuit if you end up going to trial. An experienced car accident attorney can be sure you build a strong case that will be further strengthened by any proof of cannabis consumption.

Have You Been Injured by a Marijuana-Impaired Driver in a South Dakota Car Crash?

Find out how to build an integrated case including proof of the at-fault driver’s THC use by consulting an experienced car accident attorney. Contact us online, start a chat, or call us at 605-306-4100 to schedule a free consultation. We take cases on a contingency fee basis, so you pay no attorney fees until we win your case.