Following the Laws of Intestate Succession in South Dakota 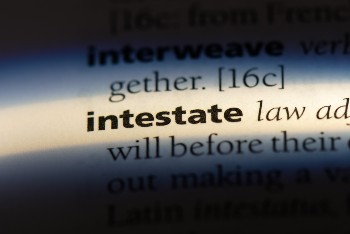 Legal professionals agree it’s a good idea to create a will stating what you want done with your assets after your death. Nonetheless, almost 60% of South Dakotans die intestate (without a will). When that happens, the state’s laws of intestate succession determine what happens to their money, property, vehicles, jewelry, clothing, pets, and other possessions.

How Assets Are Distributed According to South Dakota Law

Assets a person owns solely in their name pass according to South Dakota intestate succession laws, as they would have passed according to the will’s instructions had they made one. Certain assets, however, are not controlled by these laws. The following assets go to named beneficiaries or living co-owners, regardless of whether the deceased person had a will:

Duties of the Estate’s Personal Representative

The estate’s representative must follow a strict protocol in administering the assets of the deceased:

When a person dies intestate, what happens to their property essentially depends on their family relationships at the time of their death:

The complexity of these laws makes the job of the estate’s representative a difficult one. The help of an experienced lawyer is highly recommended, especially if:

Are You the Personal Representative or Heir of Someone Who’s Died Intestate?

Protect yourself and/or the assets of your deceased love one by consulting an experienced wills and estates attorney. Contact us online or call us at 605-306-4100 to schedule a free consultation.