An accident between a commercial truck and a passenger 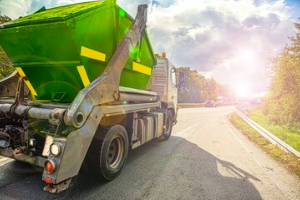 car generally results in major property damage to the smaller vehicle and serious injury to its occupants. Not only tractor-trailers but also other commercial rigs like waste collection vehicles, commonly called garbage trucks, can cause accidents leading to serious damages.

Garbage truck accidents often occur due to the negligence of their drivers or other parties.

Some common causes of South Dakota Garbage truck crashes include:

Garbage truck drivers generally start work early in the mornings and drive for several hours each day, so they might suffer fatigue and drowsiness behind the wheel. Some are distracted by cell phones, GPS devices, or radios. Others might drive recklessly, disobey traffic laws, or operate under the influence of drugs or alcohol. Even careful, conscientious drivers who are not properly trained to operate a garbage truck can easily cause mishaps.

Garbage trucks generally have a high center of gravity and are hard to control under any circumstances. When overloaded with trash, a garbage truck is susceptible to a rollover accident that could endanger nearby vehicles and their occupants. Debris can fall from an overloaded truck, as well, and cause road hazards leading to wrecks.

Lack of proper inspection and maintenance

A garbage truck is a workhorse that travels twice as many miles annually as the average car does. A garbage truck has many moving mechanical parts that are constantly in use and likely to wear out, especially if the truck is an older one. For these reasons, these vehicles require regular inspections and maintenance to stay in a safe operating condition. If a trash collection company or municipal agency is negligent about inspection and maintenance, accidents can result.

Stopping at every house and business on every street not only increases the chance of rear-end crashes, but it also wears out a waste collection vehicle’s brakes and can make it hard for a driver to stop quickly to avoid a crash.

While most large commercial trucks travel only on major roads and highways, a garbage truck must service houses and businesses on every street, no matter how narrow or congested it is. This means the truck operates in very close proximity to other parked and moving vehicles, including cars, motorcycles, and bicycles, as well as pedestrians, children at play, shoppers, and others. Because a garbage truck might have a very high cab, large blind spots, and perhaps no backup camera (especially on older vehicles), such close quarters are dangerous. Sideswipes and other accidents can occur.

Rain, snow, ice, or roads in poor condition can increase the chance of a crash between a garbage truck and other vehicles.

Drivers and passengers in cars and other vehicles are frequently involved in garbage truck crashes due to one or more of the conditions listed above. Pedestrians and cyclists on the sidewalk or street might also be in danger because they’re in blind spots not visible to a garbage truck driver, who could strike them without even seeing them. Such a victim is entitled to file a claim with the appropriate insurer(s) for damages: medical bills, property damage, lost income, and pain and suffering. Because a garbage truck is likely to be owned and operated by a private waste collection company or a local government agency, more than one party might be at fault for your accident and liable for your damages, including:

An experienced attorney can determine which parties are liable and compute their respective percentages of fault in order to file claims against the at-fault parties, demand fair compensation, negotiate for a reasonable settlement, and file lawsuits against multiple defendants if fair compensation is not offered.

Have You Been Injured in a Garbage Truck Accident in South Dakota?

An experienced truck accident lawyer can investigate your accident to establish liability and file claims or lawsuits against multiple at-fault parties. Contact us online or call us at 605-306-4100 to schedule a free consultation. You pay no attorney fees until we win your case.