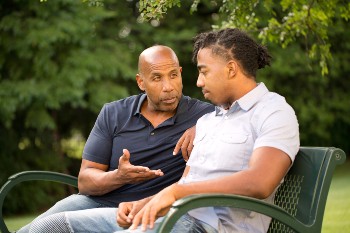 Six out of 10 people in South Dakota die intestate. This means that they have not left behind wills instructing their survivors as to what should be done with their money, property, and other assets upon their deaths.

If you are the child of a parent who dies without a will, the representative/executor of your parent’s estate (who is selected by the probate court), must follow the state laws of intestate succession in the distribution of your parent’s property. These laws essentially take the place of a will and determine what your intestate share of the estate will be.

The South Dakota Uniform Probate Code makes clear distinctions between who is and who is not legally considered a “child” for the purposes of intestate succession.

If you are a biological or legally adopted child of the deceased, and your parent was unmarried at the time of death, you and any siblings you have will inherit and share everything equally. Foster children and un-adopted stepsons or stepdaughters are not legally considered “children” and inherit nothing.

If your mother was married at the time of your birth to a spouse who is now deceased and was not your biological father, you are still legally considered a “child” of that spouse and may inherit.

If your deceased parent is survived by your other parent, and they have biological or legally adopted children including you, grandchildren, and/or great-grandchildren, together, your surviving parent inherits everything.

If you were born to the deceased parent out of wedlock, you are legally considered a “child” and may inherit from that parent under any one of these circumstances:

If you are a biological child of the deceased but were legally adopted by someone other than a grandparent or other blood relative, you are not legally considered a “child” and inherit nothing.

If you were conceived before and born 10 months or less after the death of your parent, you are legally considered a “child” and may inherit from the deceased.

If your deceased parent is survived by a spouse who is not your other parent, that spouse inherits the first $100,000 worth of your parent’s assets plus 50% of the rest of the estate. You and any other descendants inherit and share the remaining 50%.

If you are a niece or nephew of a deceased person who has no surviving spouse, parents, descendants, or siblings (your parents are deceased, as well), you and other nieces and nephews divide the deceased person’s assets equally.

You do not have to be a U.S. citizen to be legally considered a “child” and inherit from your deceased parent or aunt/uncle.

Assets Not Controlled by Laws of Intestate Succession

Anything that your parent owned solely (from property to houses to cars to money) will be dispersed according to state laws as outlined above. These laws, however, do not apply to assets that were jointly owned or to assets for which your deceased parent named beneficiaries:

The Need for an Attorney

The complexity of intestate succession law, combined with the non-traditional nature of many families today, can often lead to disagreement, disgruntlement, and litigation among survivors. More complication and difficulty can arise if:

For all of the reasons above, the services of a lawyer are highly recommended to help you receive the intestate share of the estate to which you are entitled.

Are You the Surviving Child of a Parent Who Died Intestate in South Dakota? Contact Our Attorneys Today.

An experienced wills and estates attorney can help you get your fair share of the deceased parent’s estate. Contact us online or call us at 605-306-4100 to schedule a free consultation.