Can Low Levels Of Alcohol Impairment Be a Risk on Sioux Falls Roads?

With the holidays coming up, Sioux Falls drivers should not only be aware of the dangers of drunk driving, but also buzzed driving. During this time of year, law enforcement often amps up efforts to take drunk drivers off the road. However, many still continue to drive undetected. 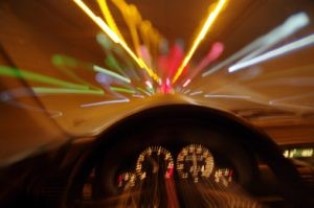 While the holidays may be one of the leading times of the year for alcohol impairment, drunk driving accidents can happen any time. According to the South Dakota Department of Public Safety, there were a total of 22,398 traffic accidents in 2017, which resulted in 99 deaths. Of those crashes, 423 accidents were reportedly due to drunk driving. But that number could be even higher since the circumstances for more than 20,000 car accidents were “unknown.”

The blood alcohol content (BAC) limit in South Dakota is currently .08. However, alcohol-impaired drivers can still be charged with a DUI with a BAC level of less than .08 if it can be proven that they were unable to drive safely.

Following an auto accident, if the at-fault driver had a BAC level below the legal limit, it can still be used as evidence. Even BAC levels below .05 can have an impact on a driver’s judgment ability and reaction time, many studies have found.

In fact, the National Highway Traffic Safety Administration (NHTSA) reports that in 2016, 10,497 people were killed in alcohol-related accidents nationwide. Approximately 2,017 of those fatalities involved drivers with BAC levels ranging from .01 to .07.

At low levels of impairment, the effects of alcohol can still put other road users at risk. Such risks include:

Any accident caused by alcohol impairment can have devastating consequences. If you or a loved one suffered injuries in a crash with an alcohol-impaired driver, it’s crucial that you speak to a highly skilled Sioux Falls auto accident attorney as soon as possible.

At Northern Plains Justice, we proudly serve injured motorists and have years of experience holding alcohol-impaired drivers accountable for their actions. We’ll fight aggressively to maximize your compensation, so you can focus on your recovery. Don’t hesitate to contact us today for a free consultation. You deserve justice.