If you bumped your head in an auto accident, it may not seem severe at first. In fact, there may be no bleeding or immediate bruising. However, you may have sustained a traumatic brain injury (TBI), which should never be taken lightly. 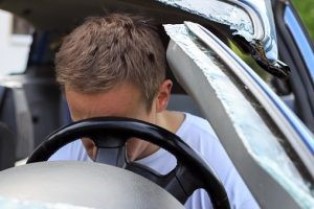 What Is a Traumatic Brain Injury?

When a TBI occurs, the impact causes the brain to hit against the inner lining of the skull, resulting in damage to brain tissue and blood vessels.

Remember, it’s not necessary to actually hit your head to sustain a TBI; these injuries can be caused by any violent motion of the head that causes the brain to move back and forth inside the skull. They are often attributed to:

The most common injuries TBI crash victims sustain include:

What Happens When You Sustain a Head Inury From a Car Accident?

Unlike other types of injuries, the damage from a TBI can be permanent. Once the neurons become damaged, they never make a full recovery. For some crash victims, this can cause lifelong complications.

Did you or a loved one suffer a TBI after an auto accident in Sioux Falls? Even with a minor TBI, it can take a significant amount of time to recover and may require MRIs, medication, therapy, and months away from work.

If you sustained a severe TBI, your injury may require a lifetime of treatment and coping. Your life may never be the same again.

That’s why it’s crucial that you understand your rights as a crash victim. You need an experienced auto accident attorney on your side fighting for you every step of the way. You shouldn’t be forced to pay out of your own pocket or give up your quality of life because of someone else’s negligent behavior. Contact Northern Plains Justice, LLP to schedule a free consultation today.

1 Comments
Hi! I found your website on google and found it very useful and informative and I also shared your website with my other friends too and they also found it very useful. Here I share my website with you if you have any damaged cars and unwanted cars and want to sell it for top cash you can get contact with us We are locating in Sydney Australiacash for cars Sydney
by cash for cars May 6, 2021 at 02:52 AM
Post a Comment