Roadway infrastructure is a crucial component of driver safety. Unfortunately, it's neglected in many places, especially in rural areas. Across the U.S., nearly half of all fatal crashes occur in rural areas. 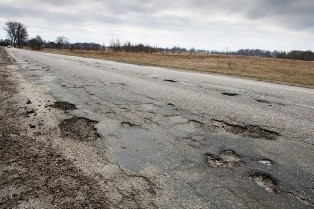 The U.S. Department of Transportation is finally taking action to improve the driving conditions on rural roads through an initiative called Rural Opportunities to Use Transportation for Economic Success (ROUTES). The purpose of this initiative is to address both safety and economic concerns regarding rural transportation and coordinate with other national agencies to fix them.

U.S. Secretary of Transportation Elaine L. Chao explains why this initiative is so crucial:

“Rural America, which has a disproportionately high rate of fatalities and is historically neglected, needs to have its transportation needs addressed.”

How Often Do Fatal Crashes Happen on Our Rural Roadways?

According to state data from the National Highway Traffic Safety Administration (NHTSA), there were 130 traffic fatalities in South Dakota during 2018—approximately 117 of which occurred on rural roads.

What we can conclude from this is, South Dakota's rural roads are the most traveled. The wide-open interstates, state routes, and other roadways often allow for faster speeds. According to the South Dakota Department of Public Safety, the maximum speed limit on rural interstates is 80 mph. On secondary highways, the speed limit is 65 mph.

There's a common misconception that roads in rural areas are safer than those in urban areas. There may be fewer intersections and less traffic, but other risk factors can make rural driving just as dangerous as urban driving. This is often due to:

The attorneys at Northern Plains Justice, LLP urge everyone to stay safe this winter when driving on rural roads, especially at night or during inclement weather conditions. Should you or a loved one be injured in a crash, our experienced legal team can investigate your crash and work with you to build a strong legal claim.

Our law office is located in Sioux Falls. To find out how we can help you, contact us online, and schedule your free consultation.