It can be easy for drivers to fall victim to the temptation to drive while drowsy. Especially on the many long stretches of highway around the Sioux Falls area, drivers can become drowsy and less alert. This places all road users at risk of serious injury or even death. 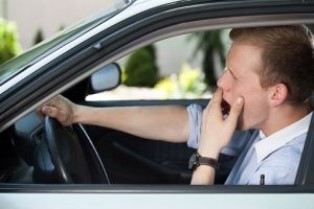 The Scope of the Drowsy Driving Problem

The AAA Foundation for Traffic Safety recently conducted the “most in-depth study of drowsy driving research ever to be conducted in the United States.” Among other findings, AAA reports that the number of crashes involving tired drivers is nearly eight times higher than indicated by current federal estimates.

While federal estimates place drowsiness as a factor in only 1 to 2 percent of car accidents, the AAA research found drowsiness to be a factor in nearly 10 percent of all crashes. This suggests that federal regulators have underestimated the overall scope of the problem as well. As a result, regulations are likely insufficient to combat the problem with law enforcement programs, public awareness campaigns, and other important measures.

How Drivers Can Combat the Problem of Drowsy Driving

While federal regulations and law enforcement campaigns can help combat the drowsy driving problem, it is ultimately up to individual drivers to accept personal responsibility for safe driving habits. Failure to do so can result in a myriad of unpleasant legal consequences. In severe cases, a driver may face criminal charges for causing serious injury or death as a result of driving while tired.

Even minor accidents can subject a drowsy driver to a civil lawsuit. Accident victims are entitled to compensation for property damage, medical bills, pain and suffering, lost wages, and other financial losses incurred as the result of an auto accident.

Even if a driver does not feel tired, his or her body may be impaired by a lack of adequate sleep. Drivers who have not obtained adequate sleep the night before (usually seven to eight hours) are more likely to feel the effects of tiredness, and their driving can be impaired as a result. Certain medical conditions can also interfere with restful sleep.

This is why commercial driver’s licenses are not issued to those with untreated sleep apnea. Even if a driver does not feel tired after a night of inadequate sleep, his or her cognitive functions can still be impaired. Delayed reaction times and other problems can increase the likelihood of causing an accident. Drivers should also avoid driving during times when they are normally asleep. Again, even if a driver does not feel tired, his or her body can still suffer the effects of an abnormal sleep cycle, which can impair the ability to drive safely.

A Sioux Falls car accident attorney can help accident victims access the compensation to which they are entitled by law. Drowsy drivers and their insurance companies have a legal obligation to compensate injury victims for the financial losses they suffer as the result of an accident.

1 Comments
Sleep well before driving. Otherwise you will face a big problem while drivinng..
by Lok Jagrukta Foundation January 4, 2021 at 07:11 AM
Post a Comment