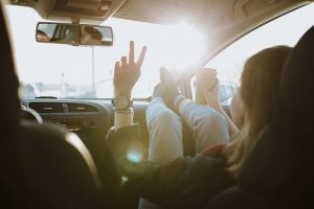 New drivers have a reputation for being poor drivers. They are inexperienced. They are frequently distracted. They often don't fully appreciate the great responsibility with which they have been entrusted.

Now, a new study further affirms this fact. AAA reveals new teen drivers—particularly those under the age of 18—are three times more likely to be involved in a deadly crash than older drivers. Injuries, too, are common in crashes involving teen motorists. These can result in lifelong scarring and disability. Compensation for such injuries will depend on the individual facts of the case. Even teens who were partially at-fault may be able to collect compensation, so long as their portion of fault does not exceed "slight," per SDCL 20-9-9.

According to the Centers for Disease Control and Prevention (CDC), in 2015 an average of half a dozen teens died every day from injuries sustained in auto accidents.

The New York Times recently explored the dangers of teen driving, too. Traffic safety experts quoted said motorists between the ages of 16 and 17 tend to be the most dangerous of any life stage because of their impulsiveness and lack of experience. One expert summarized the situation in this manner: "Cars have gotten safer, roads have gotten safer, but teen drivers have not."

These analyses corroborate decades of previous data which has established just how dangerous teen drivers can be. But what, specifically, are the factors that cause this danger? And how can parents address these factors in order to reduce their teen driver's risk of having a car accident?

Passengers are a major problem for teen drivers—specifically, passengers of the same age. The New York Times article reported that adding one non-family passenger to a teen's vehicle increased the odds of having an accident by nearly 45 percent. Interestingly, distraction was found to be highest when male teen drivers had male teen passengers in the car. Male drivers with female peer passengers tended to be more cautious behind the wheel.

Distracted driving is another serious problem which has spread rapidly across America with the prevalence of smartphones. Teens are not immune to this trend. Forbes reports on a Governors Highway Safety Association study which found teens to be the largest age group of drivers who were distracted at the time of an accident. While distraction is dangerous for any driver, it is particularly problematic for young, inexperienced drivers who are not always prepared to deal with obstacles in the road. Surprisingly, this study also found that teens were the second-least likely age group to use a cell phone while driving. This suggests that, despite teens' awareness of the risks of distracted driving, they are nonetheless still likely to crash on the relatively rare occasions when they do use a phone while driving.

Like many states, South Dakota has a graduated driver's licensing program for teenage drivers. Revisions to the program went into effect on July 1, 2021, and the South Dakota Department of Public Safety's new requirements for instruction permits, restricted permits, and unrestricted operator's licenses are listed below.

Teens must also have 50 hours of driving practice, including 10 hours at night and 10 hours in inclement weather, supervised by a parent or guardian, who is required to submit the students' driving logs and sign affidavits attesting to students' completion of the required 50 hours. There is no "grandfathering" for drivers who got their instruction permits when the previous 90-day instruction period was in effect. Those who have not completed the 90-day period by July 1, 2021, will have to hold their instruction permits for a minimum of 180 days before applying for restricted minors' permits.

The driving privileges of anyone under 18 who is convicted of a traffic violation or a violation of restricted hours while driving with an instruction or restricted permit will be suspended for 30 days. A second such violation or conviction of a Class 1 misdemeanor or felony will result in permit suspension for 180 days or until the driver is 18, whichever comes sooner.

If your teen has been injured in a car accident, he or she has legal rights which must be protected. Contact an experienced Sioux Falls auto accident attorney as soon as possible.