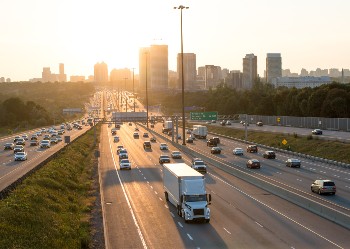 According to the South Dakota Department of Transportation, drivers in our state traveled 13% fewer miles in 2020 than they did in 2019. Nonetheless, our number of traffic fatalities increased. In 2019, South Dakota had its lowest number of traffic deaths since the state started keeping records in 1947. We lost 102 motorists in 88 fatal crashes.

Fifty-one South Dakota traffic deaths were due to drunk driving, which caused 49 fatal crashes in 2020. Our rate of 5.21 DUI deaths per 100,000 South Dakotans was the fifth highest in the country.

Across America, motorists between 16 and 19 were three times as likely to die in car wrecks as older drivers were, according to the Centers for Disease Control and Prevention (CDC). Teen drivers surveyed nationwide reported engaging in the following dangerous driving habits:

South Dakota teenagers, who were ranked by the CDC as the most dangerous in the nation, reported even more high-risk driving behavior:

Despite the best efforts of highway safety officials and law enforcement personnel, the outlook for 2021 is not good. South Dakota traffic death rates appear to be on track for another increase this year. If you’re injured or lose a loved one in an accident caused by someone else, you’re entitled to file a claim against the at-fault party’s insurance company for your damages:

An experienced attorney can help you through the process of filing a claim, negotiate to get you fair compensation, and take your case to court if necessary.

Have You Been Hurt or Lost a Loved One in a South Dakota Car Crash? Contact Our Car Accident Attorneys Today.

Consulting an experienced car accident lawyer is your first step toward justice. Contact us online or call us at 605-306-4100 to schedule a free consultation. You pay no attorney fees until we win your case.