Car accidents caused by distracted drivers in South Dakota have increasingly become a problem statewide. This trend is reflected across the nation, where more than half of all traffic fatalities involved distracted drivers, according to recent studies. 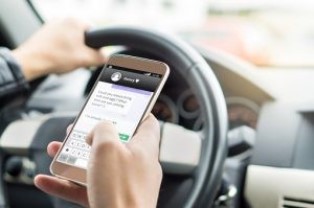 More Than Half of Car Accidents Caused by Distracted Drivers

Another recent study offered even more startling statistics. More than half of all motor vehicle accidents involved drivers distracted by their phones, according to an article published April 5 by the website landlinemag.com, which cited a study conducted by Cambridge Mobile Telematics.

The numbers were even worse for South Dakota. Along with New Jersey, CMT's study found that South Dakota drivers were the most distracted drivers in the country. In both states, drivers were distracted by their phones for more than 5 minutes for every 100 miles driven.

South Dakota is one of 46 states than bans texting while driving, according to statistics compiled by the Governors Highway Safety Administration as of April 2017. South Dakota also prohibits drivers with a learner's permit or intermediate driver's license from using a cell phone while driving.

Even so, many drivers, especially young ones, ignore such laws in South Dakota. According to a study conducted by AAA South Dakota cited in the Yankton Daily Press article, drivers 19 to 24 years old were: