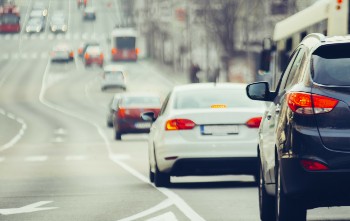 In 2019, South Dakota had its lowest number of traffic fatalities since 1947, when the state first started keeping records. Eighty-eight separate crashes resulted in 102 deaths, down from:

Despite significant increases in population and the number of miles driven by its residents, the state’s traffic death rate has dropped steadily in recent decades.

When, Where, and How Most Car Accidents Happened in 2019

After its all-time low number of traffic deaths in 2019, the state’s roads saw an increase in fatal car crashes in 2020:

South Dakota’s rate of DUI fatalities has also climbed in recent years. While North Dakota’s number of drunk driving deaths has dropped by 38% since 2017, South Dakota’s DUI deaths have increased by 25% during the same period. The state’s current rate of 5.21 DUI fatalities per 100,000 residents ranks it fifth among the 50 states. Approximately 20% of recently surveyed high school students admitted to riding in a car with a driver who’d been drinking alcohol in the previous 30 days.

Have You Been Injured in a South Dakota Car Wreck?

Although the majority of South Dakota motorists are safe, sober, and law-abiding, there are still far too many accidents and injuries being caused by negligent drivers. If you’ve been injured by one, an experienced car accident lawyer can help you file a claim for your medical bills, lost wages, property damage, and pain and suffering.