Stores packed during the holiday season can cause serious injuries. Parking lot car accidents, slip and fall accidents, falling merchandise, snow and ice, and even violence can all lead to injuries for shoppers and employees. For anyone other than an employee, these can lead to premises liability claims, for which plaintiffs would need to prove the store or property owner was negligent. An experienced Sioux Falls injury attorney can help you understand your legal rights. 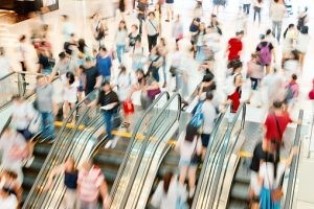 This year was no exception to the violence witnessed during previous years' Black Friday sale events. The New York Daily News reported one shopper in Missouri was shot in a shopping center parking lot late on Thanksgiving night, after early sales had begun. In the vicinity of Birmingham, Alabama, police were called in to break up fights outside of another shopping center. Late-night Thanksgiving sales were halted, and the center was shut down as a result.

Other local law enforcement agencies took preventative measures to enforce security and safety before violence could break out. The Dayton Daily News reported on security at local malls, noting both local incidents of violence and national tragedies such as recent mass shootings in Las Vegas and at a small church in Texas.

Retail center violence is not limited to the holiday season, and it is not limited to shoppers, either. The Bureau of Labor Statistics reports that 269 retail workers were killed on the job across the United States in 2015. While this was less than two percent of the total workplace fatalities in America that year, it is still a surprisingly high number for an occupation that is generally considered to carry low risks of injury. While a business is generally not responsible for criminal acts committed by non-employees, stores and shopping centers do have a responsibility to provide adequate security to protect patrons and employees alike.

In cold South Dakota winters, snow and ice are a part of daily life. Injuries sustained in any icy parking lot can be severe and potentially even life-threatening. According to the New Jersey Law Journal, a jury awarded a man $2 million for neck and back injuries he sustained as the result of slipping in an icy parking lot. The injuries caused painful disc herniations which eventually required surgery and rehabilitation. The owner of the parking lot was warned by his snow removal contractor that piling snow would be dangerous. The owner reportedly failed to heed the advice, claiming it would result in the loss of parking spaces and allowed the snow to melt and refreeze into dangerously slick ice.

Retail store owners have a legal duty of care to their customers. They also have a responsibility to take reasonable measures to ensure a safe workplace.

In order to protect members of the public who are invited to the premises for business purposes, store managers must generally inspect their premises for hazards and either remove those hazards or adequately warn customers. This may include plowing snow-covered parking lots or salting icy walkways. Stores that fail to take reasonable precautions may be found negligent and possibly obligated to compensate victims who are injured as a result.

A Sioux Falls personal injury lawyer can help victims understand and protect their legal rights after sustaining a slip, trip, or fall at a retail store.

by Bill Sims [email protected]
3 Comments
Thanks for sharing! Really informative blog. https://blogs4shoppers.com/promotions/
by Lucy March 29, 2022 at 07:08 AM
Thanks for sharing! Really informative blog. https://blogs4shoppers.com/
by Blogs4Shoppers March 29, 2022 at 07:08 AM
Hi buddy, I just read your blog! Blog post you shared really awesome! You have done really awesome post! Thanks for sharing your amazing blog. Thankfully. Homeplix https://homeplix.com/best-black-friday-deals/
by Home Plix November 15, 2020 at 01:44 AM
Post a Comment