South Dakota's laws regarding use of handheld devices while driving can be complex. Currently, there is a ban on texting while driving, which can result in a $100 fine if a driver is caught. However, this law is considered "secondary enforcement," meaning police cannot pull a driver over solely because he or she appears to be texting while driving. A driver can only be ticketed for texting during a traffic stop for a separate offense such as speeding or a marked lane violation. 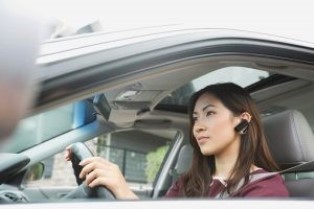 From a safety perspective, these types of texting bans have been shown to be ineffective. For instance, a study at the University of Alabama-Birmingham found that primary enforcement texting bans—that is, laws that allow police to pull motorists over specifically for texting—lead to a statistically significant reduction in traffic fatalities, but secondary enforcement laws do not provide any significant reduction in fatalities.

Given that South Dakota has only a secondary enforcement ban on texting and driving and no ban at all on talking on the phone while driving, it's no surprise that distracted driving is a significant problem here. In 2015, South Dakota experienced 1,125 traffic accidents caused by distracted driving, according to Yankton Daily Press. This accounted for a nine percent increase from the previous year. Even though South Dakota does not ban handheld phone use, many drivers understand the risks associated with using handheld devices while driving. That's why hands-free devices have been utilized as a supposedly safer alternative.

Drivers using hands-free devices to talk on the phone still face significant cognitive distraction; they may miss up to one-third of moving objects and up to half of what is occurring outside their windshield. According to the NSC study, the human brain can't do two things at the same time. While listening to someone talk on the phone, your cognitive attention can be taken off the road, and you can miss about 50 percent of what is happening in front of you, even if both of your hands are still on the wheel. Likewise, using voice-to-text features can be even more distracting than texting by hand.

Regardless of whether or not a device is legal to use while driving, safety should be your number one priority. This means, it's best to put down all electronic devices and keep your hands on the wheel, eyes on the road, and attention on driving. Even if it is legal to use hands-free devices while driving, drivers can still be found negligent if their distraction caused a traffic accident.

Accidents caused by distracted driving happen far too often. In the event that you've been injured in a crash caused by a distracted driver, you should speak to an experienced auto accident attorney at Northern Plains Justice, LLP. Our legal team is dedicated to helping injured motorists in greater Sioux Falls during the recovery process. Contact us today to find out how we can help you.