Contesting a South Dakota Will With a No-Contest Clause 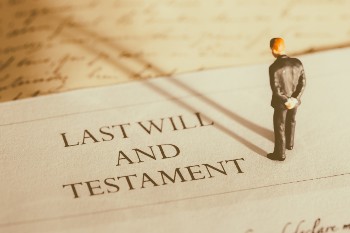 A will or trust specifies how and to whom money, property, and other assets in an estate should be distributed after the death of the testator (person making the will). A personal representative named in the will or appointed by the probate court is responsible for executing the will according to its terms.

In some cases, however, a will is contested (challenged) by a beneficiary who objects to the terms of the will. In order to prevent a will contest, a testator can include in the will a no-contest clause (NCC), which generally states that a beneficiary who contests the will forfeits the right to inherit anything from the deceased. The primary reasons for including an NCC are:

The courts interpret forfeiture provisions like NCCs very strictly and do not always enforce them. South Dakota, in fact, has passed laws prohibiting an NCC from affecting trust administration in any way. This means that you might be able to contest a South Dakota will without risking forfeiture of your inheritance. It all depends on your reasons for doing so.

Every NCC is different in terms of language and intent, while each contest is based on a unique set of reasons. Each will contest must be analyzed individually by the court to determine:

Most wills are contested for one of two reasons. The contestant believes that the testator was either:

If the court finds that the contestant has probable cause to challenge the will for either reason, it is not likely to enforce the NCC that would disinherit the contestant. The success of your will contest really depends on a convincing presentation of evidence to show there is good reason for the will to be contested.

Are You a Beneficiary Who Has Probable Cause to Contest a Will or Trust in South Dakota?

An experienced wills and estates attorney can advise you as to the chances of a successful will contest and present your evidence persuasively. Contact us online or call us at 605-306-4100 to schedule a free consultation. We serve clients throughout South Dakota and northwest Iowa.