Drunk drivers often cause serious accidents that receive extensive media coverage. These stories will often report the amount of property damage that occurred, the severity of the victim’s injuries, or the fact that a victim had to be extricated from a vehicle or airlifted to a hospital. For all the shocking details in such reports, the story they don’t tell is that of the long recovery process the victim must face. Victims often face multiple surgeries with lengthy recovery periods. 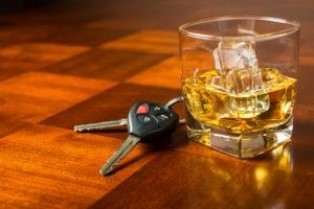 Many victims must receive speech therapy, occupational therapy, or physical therapy in order to relearn basic life skills (such as speaking, writing, or walking). Victims who are paralyzed, lose a limb, or suffer other permanent impairments will never be able to fully recover from their injuries. In such cases, the drunk driver has permanently deprived the victim of the ability to participate in important daily activities and momentous life occasions.

Sioux Falls families suffer very real and devastating losses at the hands of drunk drivers. KSFY reports on one drunk driver who crashed his car into a Sioux Falls family’s house. Only minor injuries were sustained in the accident, but the victims certainly could have sustained far more extensive injuries. As it was, the property damage caused to the home will require costly repairs. The elderly drunk driver, 70 years old, faces criminal drunk driving charges relating to a wide variety of traffic offenses.

In Madison, another alleged drunk driver endangered her own two children when she crashed her vehicle. According to Keloland, the children were in the vehicle when the woman chose to drive while drunk. She admitted to officers that she had been drinking throughout the day. Even more concerning was the woman’s history: she had been a sheriff’s deputy in 2007 when she got her first DUI. She lost her law enforcement job as a result of that DUI case. She then incurred two more DUIs in the years that followed. Now, the driver faces felony charges of child abuse and her fourth DUI. She also faces up to 25 years in prison on these charges.

Even more children were endangered by another mom reportedly driving drunk in Sioux Falls. KSOO reports that the woman drove through a stop sign before being struck by another vehicle. Police were called to the scene and found that there were six children inside the woman’s vehicle. None were buckled in or using car seats. The children were released to the care of relatives, and the woman will have to fight to regain custody of her children in addition to facing extensive criminal charges.

These stories illustrate the extensive damage that can be caused by a single drunk driver. Our Sioux Falls auto accident attorneys have worked with many injury victims to hold drunk drivers accountable for the devastating losses they cause. The recovery process is usually long and painful. Injury victims are legally entitled to be compensated for the pain, suffering, and other losses they suffer throughout the process.