The opioid epidemic has made its way into big cities and small towns alike, including Sioux Falls. Whether it’s a prescribed or street opioid, taking the drug and getting behind the wheel are a bad combination. 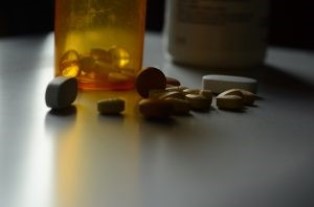 A study co-authored by Dr. Guoha Li found that the impact prescription opioids have on driving is comparable to having reached a blood alcohol concentration (BAC) reading of 0.05 percent. In most states, a BAC reading of 0.08 warrants a "driving under the influence" (DUI) conviction.

An article in Health Day states that when a person gets behind the wheel after taking opioids, their ability to drive safely declines. Li’s study showed that driving under the influence of prescription opioids more than doubled the risk of causing a fatal two-car collision.

The findings stem from a review of data on more than 18,000 deadly two-car crashes that occurred across the United States between 1993 and 2016. Among those accidents, 55 percent of the driving errors committed by drivers who tested positive for prescription opioids involved the failure to stay in their lane.

What Opioids Do to a Driver

OTC medications and drugs affect the brain and can alter:

If you have been in an accident in the Sioux Falls area with a driver under the influence of opioids, an experienced Sioux Falls auto accident attorney can help.

At Northern Plains Justice, we proudly serve injured motorists and have years of experience holding impaired drivers accountable for their actions. We’ll fight aggressively to maximize your compensation, so you can focus on your recovery. Don’t hesitate to contact us today for a free consultation. You deserve justice.