The growing number of traffic accidents in South Dakota and nationally have public safety officials searching for ways to tackle the issue. One problem that has proven increasingly pervasive in South Dakota is driver distraction, particularly at intersections. 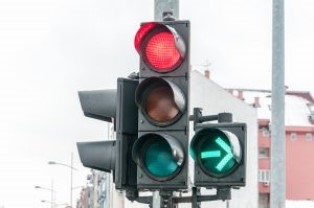 When crashes occur at intersections, they are more likely to result in serious injuries and even deaths. In part, that's because many intersection crashes are T-bone or broadside crashes in which a vehicle is hit from the side. Side-impact crashes are particularly dangerous because that is where a vehicle’s structural supports tend to be the weakest. In addition, broadside impacts often result in occupants of the vehicle struck being forced into the path of other vehicles, and they are more likely to cause rollovers.

As noted recently by the founder of the Traffic Safety Education Foundation and professional race driver Andy Pilgrim in an editorial for the National Safety Council (NSC), it’s incumbent on drivers to pay closer attention than ever. The likelihood of encountering a driver who is inexperienced, distracted, impaired, or reckless is increasing.

“It is incredible how many people I see making turns across traffic while messing with, looking at, or talking on their phones,” Pilgrim writes. “The deaths and injuries that occur each day due to distracted drivers at intersections is horrific and totally preventable. We all need to make safer driving choices.”

Those who fail to do so, Pilgrim noted, are rolling the dice and taking a gamble not only with their own safety but that of their passengers and other innocent road users. He noted drivers often have the attitude of “It’s fine,” which is all well and good until “It’s not.”

Any phone call, text message, or social media update you make while crossing through an intersection means you aren’t mentally present. Distracted drivers are gambling not only with their own lives but with those of others as well.

If you have been injured in an auto accident at an intersection due to someone else's negligence, it's important that you speak to an attorney as soon as possible. Contact Northern Plains Justice, LLP, and find out how we can help you.