In recent years, traffic fatalities across the United States have been on the rise. From 2015 to 2017, fatal traffic accidents have been hovering at around 40,000 per year. In contrast, there were only 32,575 traffic fatalities nationwide in 2014, according to the National Highway Traffic Safety Administration (NHTSA). 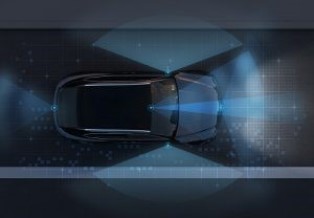 At the same time, the automotive industry has been introducing safety technology to help mitigate the risks associated with human error. So why are there more fatal car accidents if vehicles are supposedly getting safer each year?

How Safe Are Safety Features?

The top emerging automobile safety features, according to Forbes, include:

Many new vehicle models come equipped with this modern technology. You would think that with all this new safety technology, traffic fatalities would be on the decline. However, 2018 hasn’t seen much improvement.

Why Are Fatal Accidents on the Rise?

According to Insurance Journal, there have already been 18,720 road deaths in the U.S. between January and June of this year.

In 2016, South Dakota had a total of 17,512 traffic accidents, resulting in 116 fatalities. Approximately 55 people were killed in accidents caused by drunk driving.

Distracted driving is one of the leading causes of traffic fatalities in the U.S., accounting for 3,450 lives lost in 2016. In South Dakota, texting and driving is against the law. However, it is only a secondary offense, which means that drivers have to be stopped for another traffic violation to be cited.

One of the challenges of emerging safety technology is that drivers could become too comfortable and reliant on these high-tech features. This could lead to an increase in distracted driving. These statistics prove that drivers should never rely solely on safety technology. Even those with the most up-to-date safety features have a duty of care to keep their eyes on the road and drive sober. Failure to do so can put countless lives at risk.

If you or a loved one suffered injuries in a crash, it’s crucial to speak to an experienced Sioux Falls auto accident attorney to begin your claim. Contact Northern Plains Justice, LLP today to schedule a free consultation.